You are here:
Evenementen 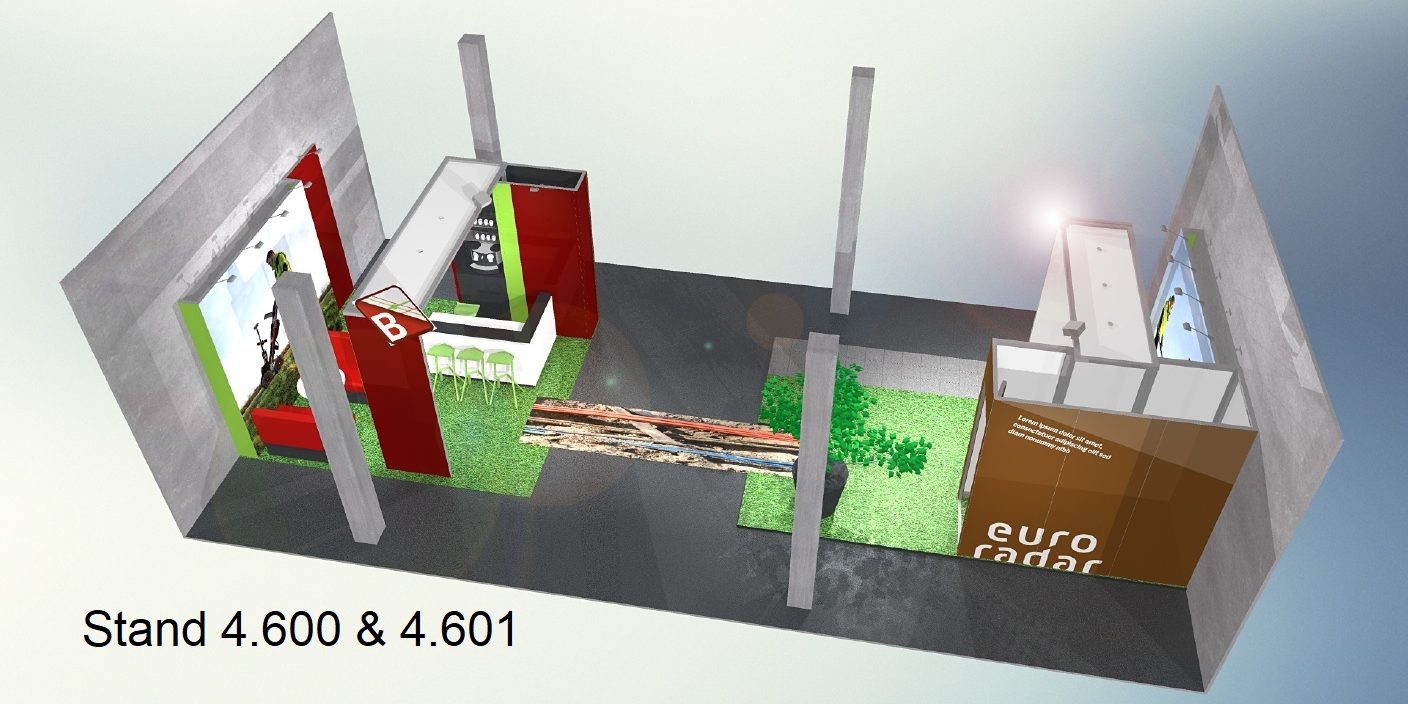 BlindGuide and Euroradar will be exhibiting together at the InfraTech 2019 and are one of the more than 600 exhibitors at the most important exhibition for infrastructure in the Netherlands. BlindGuide will show you what possibilities the BlindGuide AR app and the ETL tool offers. Euroradar demonstrates the results of their new SGMS measuring equipment.

The theme of this edition of the Infratech is Future proof. Ready for the future. The Dutch infrastructure is, according to the World Economic Forum, one of the top three in the world.

Information is indispensable for good decision making in our society. Digital exchange of geo-data provides efficiency for governments and companies and offers us new possibilities for collaboration. We believe that big data and Artificial Intelligence can help provide accurate geo-spatial data to excavator employees at the right time

During InfraTech 2019, clients, contractors, engineering firms and suppliers come together and show why the Dutch infrastructure sector has been among the world leaders for many years. A great opportunity for the sector to get acquainted with the services and innovative tools of euroradar and BlindGuide.

Visit our combined stand 4.600 & 4.601 on the InfraTech and see what possibilities our new SGMS measuring devices and BlindGuide AR app offer you. Come and have a cup of coffee or book a free consultation with one of our specialists. Sign up here for free entrance tickets. You can also register a colleague

The euroradar team consists of certified experts with a wide variety of experience, from senior OCE experts to data analysts. Euroradar examines the underground with the help of the latest ground radar techniques. This can prevent excavation damage and save costs.

BlindGuide has developed an app in the fight against excavation damage. Through augmented reality, the app shows in real time where utilities are in the ground. With the help of an ETL tool, different formats of GEO data such as autocad drawings and KLIC reports can be combined and uploaded in the app. This means that you have all the information at your disposal quickly and conveniently. The BlindGuide app is completely digital so you do not need large and awkward paper maps.

Congress and events season is coming up again
20 August 2019

BlindGuide proud participant in the GES summit
20 May 2019

Onmisbaar
Blog posts
(Nederlands) Nieuws archief
Go to Top
We use cookies on our website to give you the most relevant experience by remembering your preferences and repeat visits. By clicking “Accept All”, you consent to the use of ALL the cookies. However, you may visit "Cookie Settings" to provide a controlled consent.
Cookie SettingsAccept All
Manage consent

This website uses cookies to improve your experience while you navigate through the website. Out of these cookies, the cookies that are categorized as necessary are stored on your browser as they are essential for the working of basic functionalities of the website. We also use third-party cookies that help us analyze and understand how you use this website. These cookies will be stored in your browser only with your consent. You also have the option to opt-out of these cookies. But opting out of some of these cookies may have an effect on your browsing experience.
Necessary Altijd ingeschakeld
Necessary cookies are absolutely essential for the website to function properly. This category only includes cookies that ensures basic functionalities and security features of the website. These cookies do not store any personal information.
Non-necessary
Any cookies that may not be particularly necessary for the website to function and is used specifically to collect user personal data via analytics, ads, other embedded contents are termed as non-necessary cookies. It is mandatory to procure user consent prior to running these cookies on your website.
OPSLAAN & ACCEPTEREN